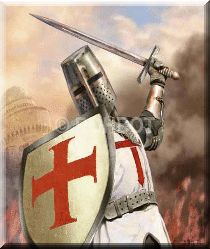 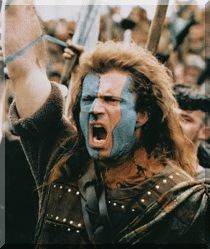 9/11-The day the world realizes that the unimaginable was happening!


I was ready, to post the second chapter of "Women in the Muslim world ", "Sharia law."
but after reading comments from the first chapter, I decided to introduce these comments on the beginning of this new chapter:

*****
Red, thank you for blogging about this subject.
Actually, in Jordan, there are three penal code articles that offer leniency to the perpetrators of these crimes--Articles 97, 98, and 340. Article 340 is rarely, if ever, used. Usually, Article 98, having to do with crimes committed in a "fit of fury" is used as a defense.
Syria has comparable laws offering leniency to the killers.
And in countries like Iraq, Pakistan, and Turkey, which have reformed their laws to effect stiffer penalties, female suicide rates have shot up.
It's believed that now, instead of doing the killings themselves, the perpetrators are forcing girls and women to kill themselves, so they can avoid punishment.
These are being called "honor" suicides.

I was in Italy in August, 2006, and was horrified to read the news accounts when Hina's body was discovered and her family members charged with her murder.
I was happy to see Italy use the fast-track system to bring them to justice and mete out sentences last week.
If we do not speak up for the victims of these vengeance murders, who will?
I echo the Italian slogan you have posted on your blog -- Enough Silence.

Karen Tintori, author
Unto the Daughters: The Legacy of an Honor Killing in a Sicilian-American Family
www.karentintori.com

*****
Thanks for your inputs in this matter.
I'm quite stoned of this new developments, these new ways of circumnavigate the laws in these countries by enforcing women to kill themselves is really appalling to any human conscience.
When I started this blog I recalled a motto I heard sometime ago to best describe it " More of us, are talking about a matter, more chances our future will get".

Unfortunately in these cases it fits the scope.
This is one way I hope, to help these unfortunate women: more of us are talking about these crimes, more chances of forcing these people in listening, to how outraged is humanity against their misdeeds.
We'll keep talking until their barbaric codes of honor will in the end stop.
Right now I'm so enraged after reading these comments, that I'm afraid I can write something which I'll regret later.

One thing for sure, regarding this matter I'll keep posting more from now on till, all these senseless killings will one day cease!

In London, a 70-year-old woman and her son were convicted July 26 for the honor killing of Surjit Kaur Athwal, who was murdered after threatening to get a divorce.
Both the woman and her son face life sentences in prison.
The verdict came a week after a British court concluded proceedings in the sexual torture and murder of a Kurdish woman, Banaz Mahmod, at the hands of her father and uncle, who both received life sentences.
A third man involved in the honor killing was sentenced to 17 years in prison; two others are still at large.
A woman from India, a 31-year-old widow and mother of two children (ages 12 and 13), committed suicide by throwing herself in front of a train, because her family had summoned her back to India to marry an old relative (70 years).
She apparently left a letter to explain that she preferred to die rather than to do this.
The children are now with a foster family until the Italian courts decide further.

some other related links:

"The Whore Lived Like a German"
In the past four months, six Muslim women living in Berlin have been brutally murdered by family members.
Their crime? Trying to break free and live Western lifestyles. Within their communities, the killers are revered as heroes for preserving their family dignity.
How can such a horrific and shockingly archaic practice be flourishing in the heart of Europe? The deaths have sparked momentary outrage, but will they change the grim reality for Muslim women? AQ (CNN) -- Authorities in northern Iraq have arrested four people in connection with the "honor killing"
last month of a Kurdish teen -- a startling, morbid pummeling caught on a mobile phone video camera and broadcast around the world.
Dua Khalil, 17, was beaten and stoned to death by a crowd in northern Iraq.

Thousands of Women Killed for Family "Honor".
Hundreds, if not thousands, of women are murdered by their families each year in the name of family "honor."
It's difficult to get precise numbers on the phenomenon of honor killing; the murders frequently go unreported, the perpetrators unpunished, and the concept of family honor justifies the act in the eyes of some societies.

If a woman brings shame to the family
through allegations of premarital or extramarital sex, by refusing an arranged marriage, or attempting to obtain a divorce--her male relatives are bound by duty and culture to murder her.

'Honor' killing spurs outcry in Syria.
A 16-year-old's killing spurred the country's grand mufti to call for legal reform and protections.
Damascus: Experts estimate that between 200 and 300 honor killings take place each year in Syria. It's a sort of epidemic in Arab countries, and unfortunately this decease, as not been left behind when emigrants had moved into western nations.
Murderers are not just husbands, fathers, sons, any man of a family is entitle to make justice if, a female member will dishonor their own " honor".
and reading from the above links, doesn't matter how young victims can be.

The second chapter of "Women in the muslin world -[Chapter II] Sharia",
was supposed to be a little longer, I reduced it for the introduce, I added in the first part of this article.

Sharia is a system of laws, customs, and norms governing Muslims' political, economic, and social relations.
Sharia makes no distinction between public and private life, treating all aspects of human relations as governable by God's law.
Sharia has aroused a lot of controversy in Western countries, particularly over its unequal treatment of women.
Sharia admonishes women to wear headscarves and discriminates against female ownership of property.
In more extreme cases, Sharia has been associated with so-called "honor killings" of women accused of adultery as well as those who have been victims of rape and the use of stoning, mutilation, and public execution for a variety of crimes including adultery and theft.
Some also believe Islamic law calls for the death penalty for acts of blasphemy or apostasy - turning away from the faith.
It should be noted that not all Muslim women wear head scarves.
Some wear both head covering and veil, called the Niqab.
Others wear merely simple head scarves called Khimar.
The Burqa and Chador cover the woman from head to foot, and are worn in some Muslim countries.
All clothing that is said to follow the laws of Allah is called Hijab.

Women are not just killed for matters of honor, but in other cases such as, dressing "immodestly" they can be harshly punished by having caustic acids thrown on their faces for not covering it well enough, or in other cases for wearing jeans, or jewels.
Other times they are just lapidated.
Attacking women in such horrible ways is neither acceptable nor can be allowed, but still it keeps on, reinforced by sharia-laws.

The condition of Muslim women, may be the most pressing women's issue of our age, the world needs to wake up, is not a matter of religions or national identities, but of humanity, we can't stand still while, all these keep perpetrating in the name of ancients, and some time barbaric beliefs.

You can read more about this topic from this link: "Why Sharia Law must be Opposed"

Next:
Chapter III : Dressing code -how is affecting European communities.

Hi there, it is me Neptune. I wanted to thank you very very much for commenting on my blog. You and Karen made me feel a lot better about the Honor Killing presentation, etc. For that particular class, I'm currently working on an argumentative paper about the edicts of Sharia in Iraq, and how it effects women rights. Many thanks for your kind comments!

hey do you people know about Cheslers Chronicles ? - go over there and post a comment - I am going to tell them about you

My Window In The World by Red.eVolution is licensed under a Creative Commons Attribution-Noncommercial-No Derivative Works 3.0 United States License.

U COMMENT
I FOLLOW
Comments on this blog are made DOFOLLOW for the Google Spiders. Comments are moderated. Spam will not be tolerated.